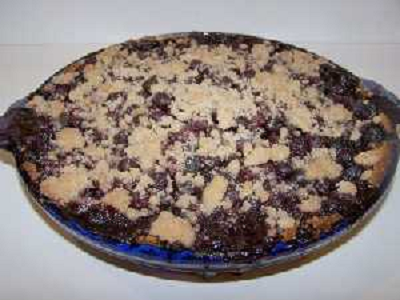 Want to make the best elderberry pie you've ever had, with a crumbly topping and a sweet deep elderberry flavor? This pie is so easy and has stood the test of time; read the comments near the bottom of the page.  What makes it different from other elderberry pies is: it's mostly elderberries, not crust or sugar; and the combination of spices is superb!  And it doesn't matter if you're not a chef or have never made a pie before! Following these illustrated directions ANYONE can cook a perfect elderberry pie! Take this pie to a Fourth of July picnic and be the hit of the party!

Never made a crust, either?  Fear  not, they are really simple.  Click here for instructions about making a flour pie crust. It will open in a new window, so just close the new window to return here. I prefer elderberry pie
in a graham cracker crust; click on the link for directions. .Now is also a good time to get the oven preheating to 375 F. 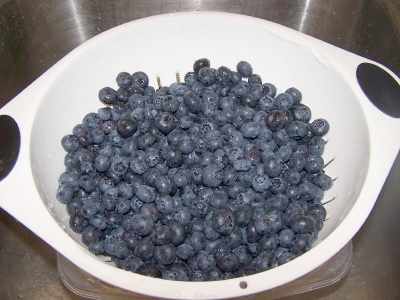 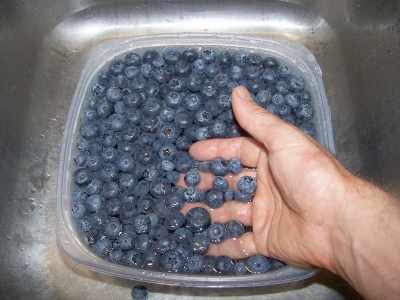 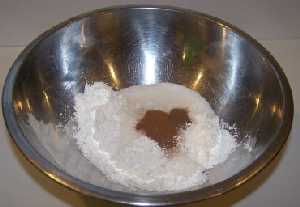 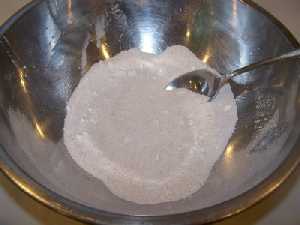 Step 5 - Add the elderberries to the pie crust 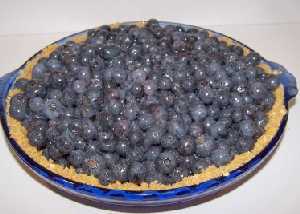 Add the elderberries to the pie crust.  Just pour them in!  There's lots of air space and it will cook down, so don't worry if they mound up about an inch (2.5 cm) above the edge of the plate.

Step 6 - Pour the liquid mix into the pie 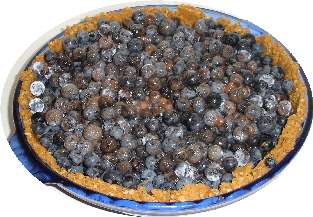 Just pour the mixture of sugar, juice, etc. into the pie all over the elderberries
. If it is a gloppy liquid, don't worry, just pour it somewhat evenly over the top. But it doesn't take perfection; it will smooth itself out in the oven.

Step 7 - Make and add your topping 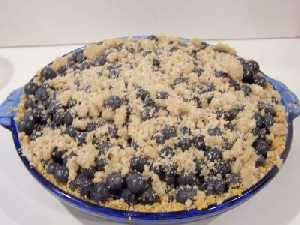 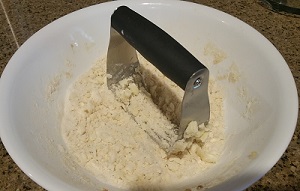 Do not melt the butter, just dice it into the sugar and flour as you mix them together. in a small bowl and sprinkle it over the pie. The dough dicer/blender, shown above in the box, is ideal for making a perfect crumb topping. A fork or potato masher is your next best bet. 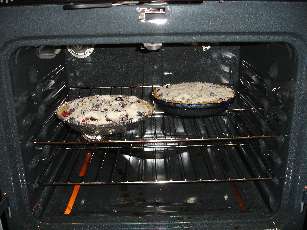