Looking for How to Can Fresh Tomatoes with a Water Bath Canner! in 2022?  Scroll down this page and  follow the links. And if you bring home some fruit or vegetables and want to can, freeze, make jam, salsa or pickles, see this page for simple, reliable, illustrated canning, freezing or preserving directions. There are plenty of other related resources, click on the resources dropdown above.  If you are having a hard time finding canning lids, I've used these, and they're a great price & ship in 2 days.

Making canned tomatoes is something families remember years later.  Home-canned tomatoes have been a tradition for many generations.  In the middle of the winter, you can use the tomatoes to make a fresh spaghetti sauce, lasagna, chili, or other tomato-based meals for that fresh garden taste.

Here's how to do it, in easy steps and completely illustrated.   This method is so easy, ANYONE can do this!  It's a great thing to do with your kids! Also, this recipe/directions works with either red (ripe) or green (unripe tomatoes).

If you have a pressure canner, you may want to see the pressure canning tomatoes page for those directions instead!

And if you'd rather freeze your tomatoes, see this page! These pages may also interest you:

Process - How to Make Home Canned Tomatoes from Fresh Tomatoes 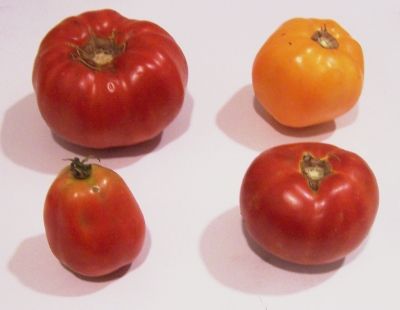 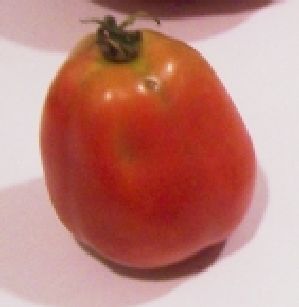 The picture at right shows the best variety of tomato to use: Roma; also called paste tomatoes.  They have fewer sides, thicker, meatier walls, and less water. And that means thicker sauce in less cooking time! You may can cherry tomatoes, grape tomatoes, etc., but they do tend to be more watery, and you must be sure to added the lemon juice as recommended in the recipe, because they tend to be lower in natural acidity.

And for those of you with an abundance of green tomatoes, the USDA says that since green tomatoes are more acidic than ripened fruit, they can be canned safely with any of the standard tomato directions. I prefer to store them in the basement, where they slowly ripen, but if you have a use later for canned green tomatoes, go for it.. 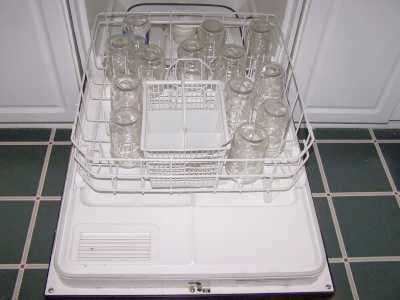 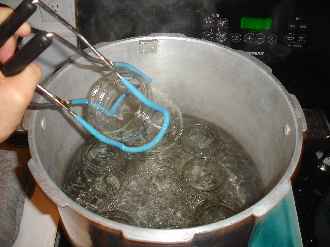 Fill the canner about 1/2 full of water and start it heating (with the lid on). 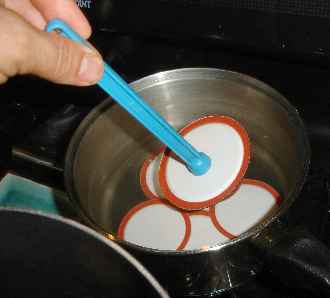 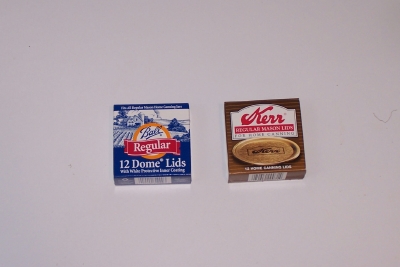 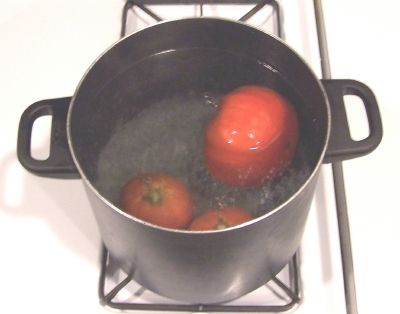 Here's a trick you may not know: put the tomatoes, a few at a time in a large pot of boiling water for no more than 1 minute (30 - 45 seconds is usually enough) 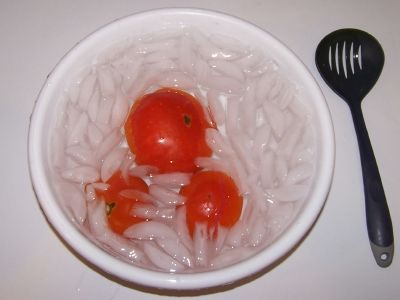 Step 5 - Fill the jars with the whole or cut tomatoes 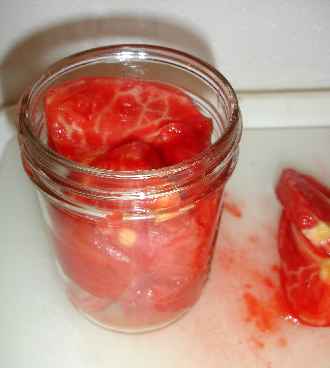 After you fill each jar with tomatoes, add 2 tablespoons of lemon juice per quart jar, 1 per pint jar.  This helps to reduce the odds of spoilage and to retain color and flavor. Then fill to 1/2 inch of the top with either boiling water or hot tomato juice. 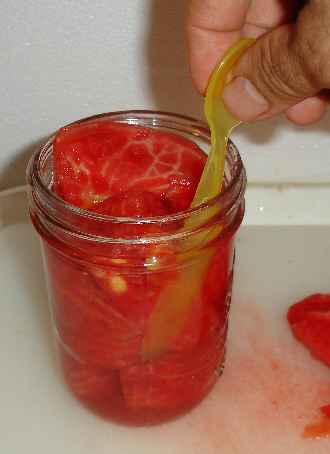 Using a flat plastic or wood utensil (like a plastic spoon, up side down) free trapped air bubbles by gently sliding it up and down around the inside edge.

Step 8 - Put the lids and rings on 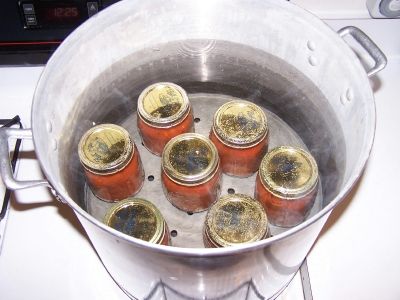 Step 9 - Boil the jars in the water bath canner

Put them in the canner and keep them covered with at least 1 inch of water. Keep the water boiling. Process the jars in a boiling-water bath for 40 minutes for pints and 45 minutes for quarts. Remember to adjust the time if you are at a different altitude other than sea level!  Pressure canners work better for tomatoes and other low acid foods - you'll get less spoilage with a pressure canner.

I prefer a pressure canner as the higher temperatures and shorter cooking time result in better flavor and less spoilage.  For more information or to order one, click on Pressure Canners. The recipe and directions for pressure canning tomatoes are here. 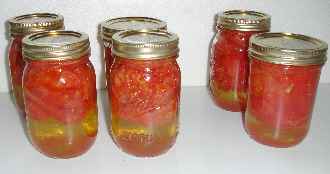 Lift the jars out of the water and let them cool without touching or bumping them in a draft-free place (usually takes overnight)  You can then remove the rings if you like, but if you leave them on, at least loosen them quite a bit, so they don't rust in place due to trapped moisture. Once the jars are cool, you can check that they are sealed verifying that the lid has been sucked down. Just press in the center, gently, with your finger. If it pops up and down (often making a popping sound), it is not sealed. If you put the jar in the refrigerator right away, you can still use it. Some people replace the lid and reprocess the jar, then that's a bit iffy. If you heat the contents back up, re-jar them (with a new lid) and the full time in the canner, it's usually ok.   Don't worry if you see the tomatoes floating above a layer of liquid; that's normal.  tomatoes have a lot of water in them and it separates a bit.  If I had packed the tomatoes in the jars a bit tighter or squeezed for of the free liquid out of them before packing them in the jars, the water layer would be reduced.

What about the reverse: liquid at the bottom and solids at the top? That indicates too much preheating (more than 5 minutes). Pectin breaks down when it is overheated; then separation results. If separation occurs, just shake the jar before opening or decant the water off.

I recently canned tomatoes but had one little jar that I didn't have room for in the water bath. So I decided to just refrigerate it. All I've done to those tomatoes is blanch them -- haven't cooked them, stewed them, done anything else. There is some lemon juice in them. They've been refrigerated since I packed them -- how long will they be okay to use?

They'll last about the same length of time that a can of tomatoes from the grocery store will last once you open it an put it in the fridge.  I'd guess a couple of weeks, but that depends on how cold your fridge is.

As long as the jars remained sealed, they'll be ok, but they should be checked more frequently and used up first!